TWO MINUTES AWAY FROM… 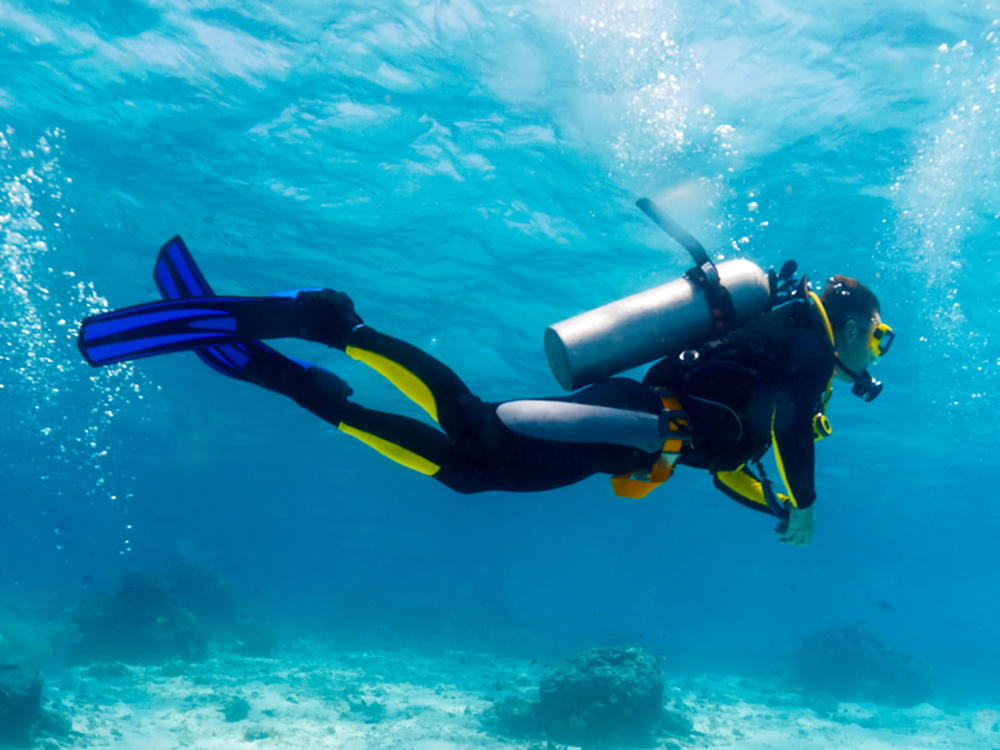 ‘El camino de Ronda’ – CASTELL D’ ARO – platja S’AGARÓ, the area’s famous coastal walks.
The seaside paths, known locally as ‘los caminos de ronda,’ are old coastal paths that the Spanish military police used to monitor smuggling in the coastal area of the Costa Brava. They are an ideal place to go walking or even for a run. This one is relatively easy, and runs around 3km of small coves, forests and small beaches with wonderful views along the coast. 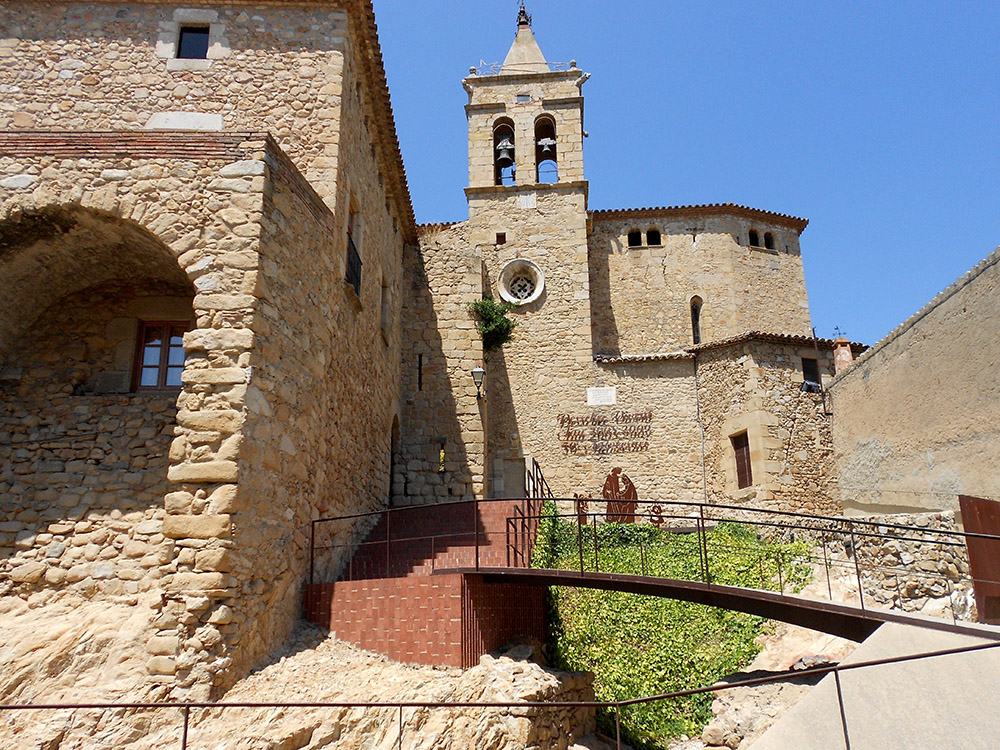 Located in the historic centre of Castell d’Aro, the Church of Santa Maria was consecrated in 1078 by Berenguer Guifred, Bishop of Girona. In 1995 the Catalan government registered it as a cultural location of national interest. The church is late Gothic, with Baroque facade and its structure is a nave with side chapels. The church and the square that also bear the name of Santa Maria, are part of the medieval heritage of Castell d’ Aro. 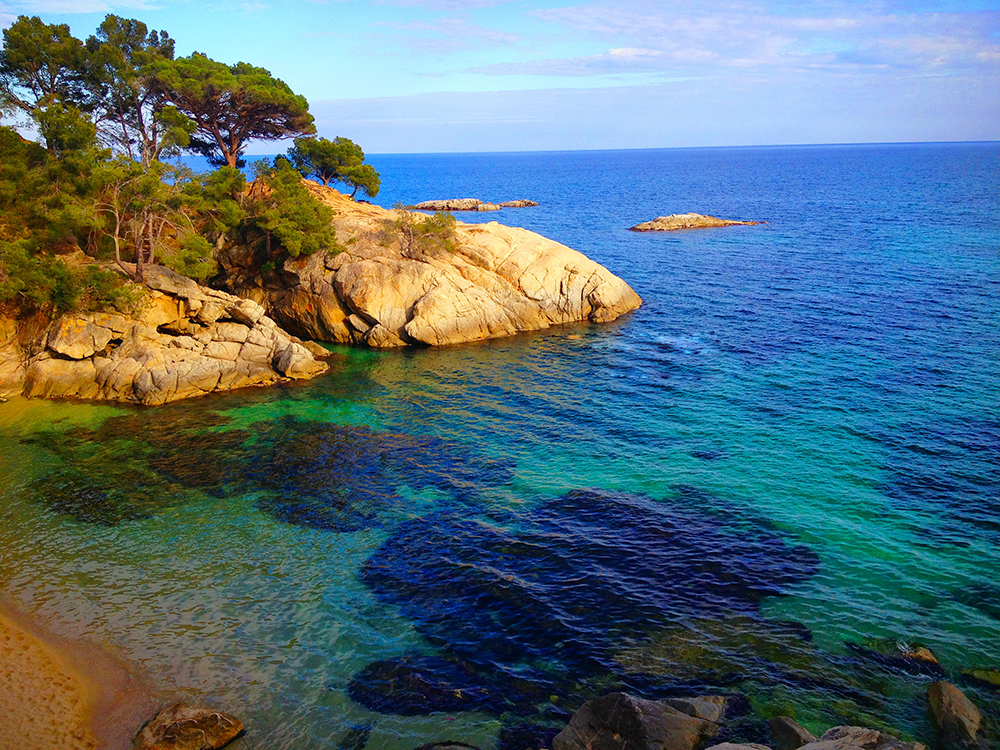 Cala del Pi is a cove located north of the town in a little urbanised and fresh area full of pine trees, and is a wide cove with golden sand. The beach has a beach bar. You can park on the road that goes to Calonge, a neighbouring village. 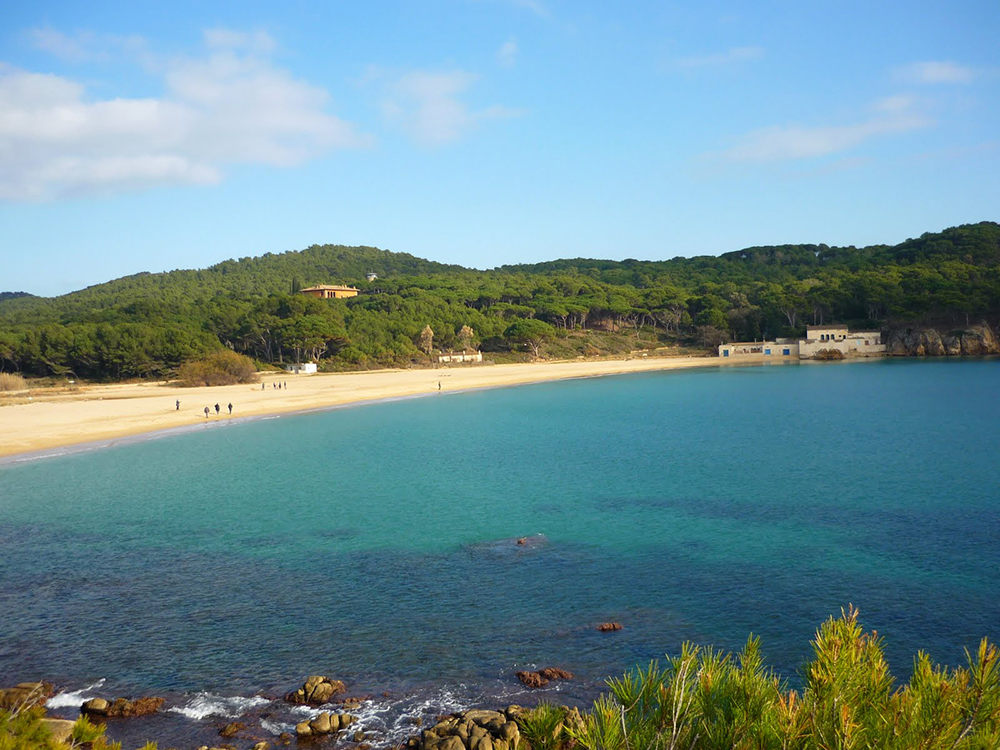 Castell beach (or castle beach, in English) is one of the few virgin beaches on the Costa Brava, surrounded by pine forests, with no buildings around it. As a result of its non-urban location, it has been used as the set for films and series. Located just after the beach of La Fosca via the coastal path, you can visit an Iberian settlement that is at the south end of the beach and a small stone house designed by Dalí. Parking available. 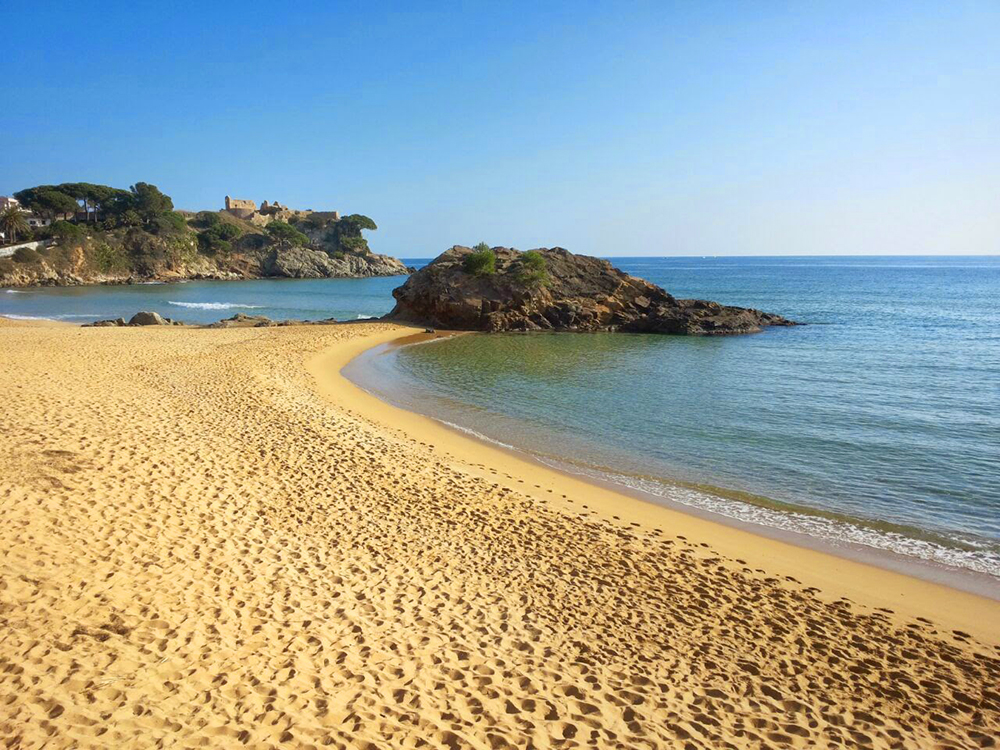 La Fosca is a beautiful beach, surrounded by green vineyards and pine trees. It can be quite crowded through the summer months, and lies just north of the town, Palamos. Nearby you can find the ruins of the castle of San Esteban going through the villages of S’Alguer and Castell. 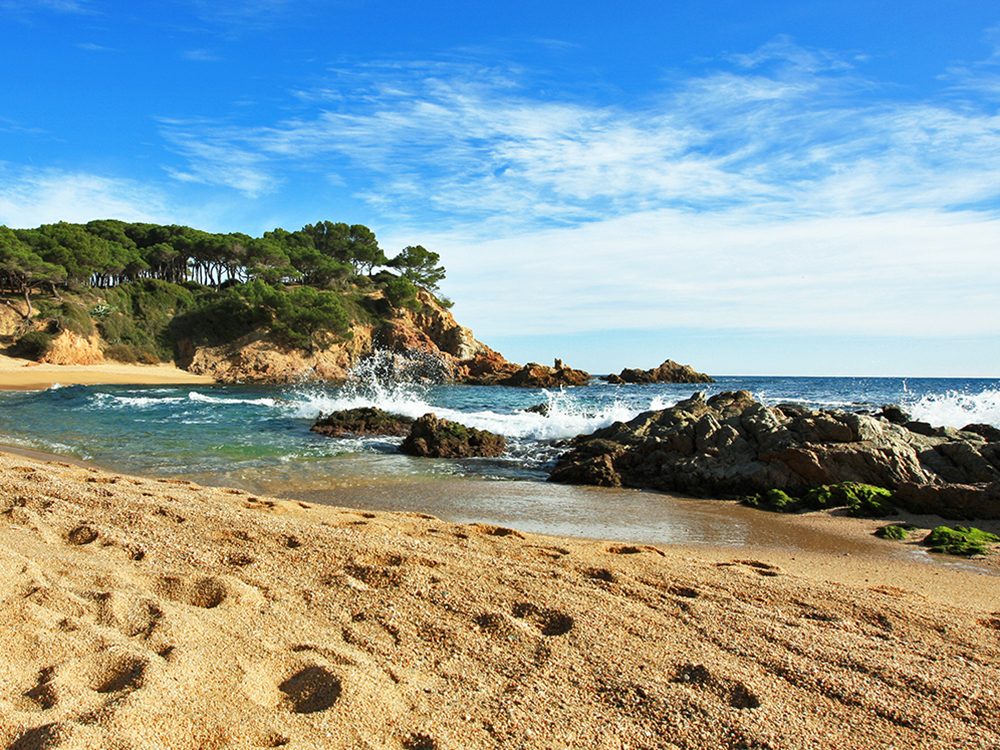 Sa Conca is a beautiful beach, varying in width, with coarse golden sand golden different breakers. It is located at the southern end of the town of Castell D’ Aro. You can park at the entrance to the beach. You can access through by the Gavina estate (you’ll have to walk if you don’t have a vehicle pass) if not, you can also access from the Platja D’ Aro side. It has a beach bar. 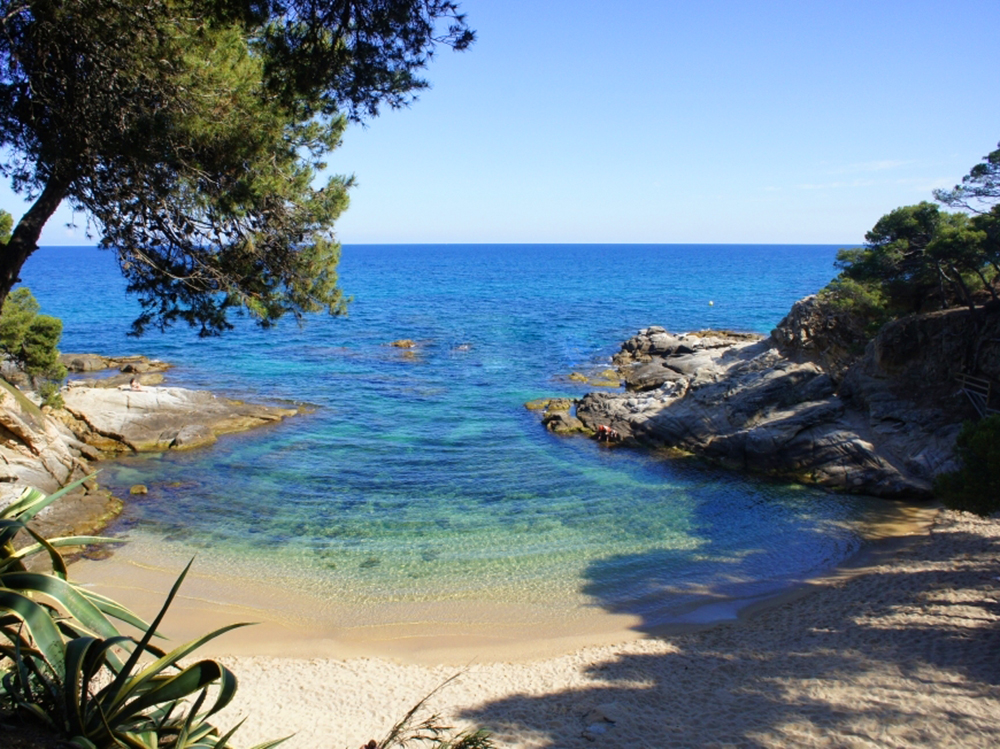 More visited than others, Cala Sa Cova is an incredible cove, which is also located to the north of Castell d’Aro. You can park on the road that goes to Calonge. 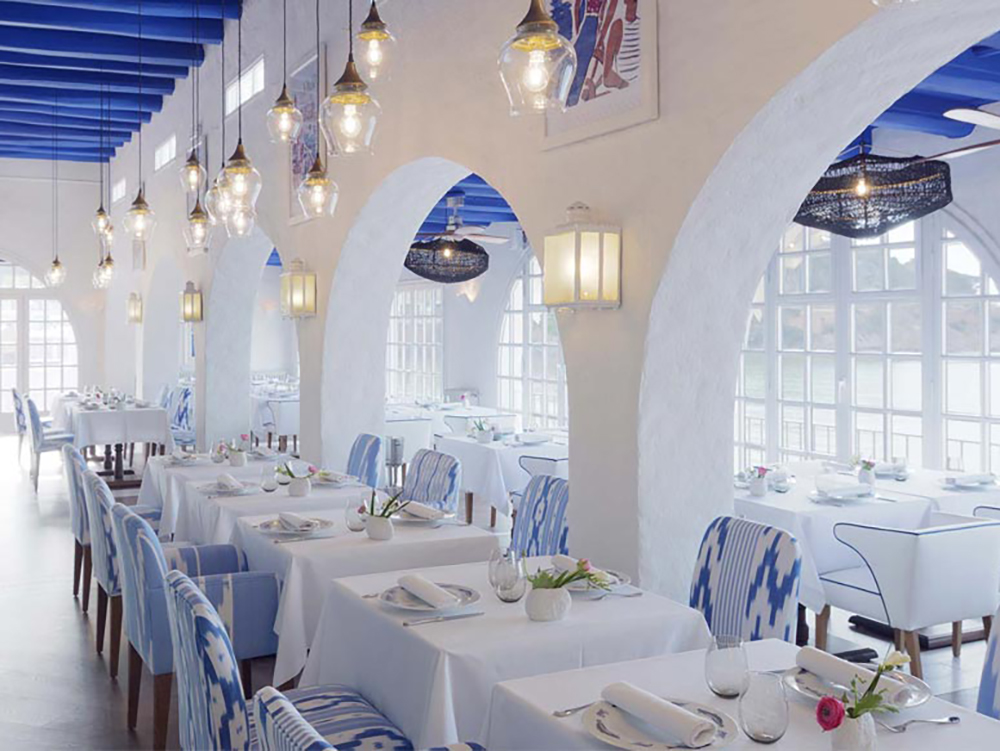 It has Mediterranean seafood. It has a beach area, terrace and inside space. Beautiful building, typical of the area with its colourful houses above the sea. 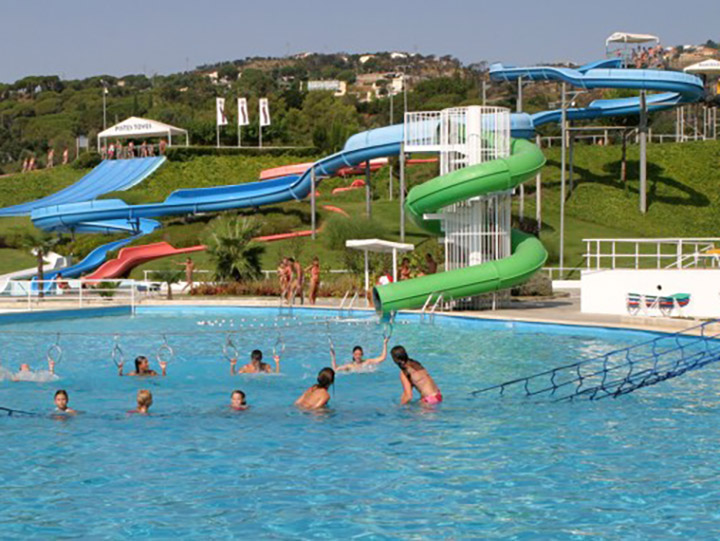 There is a Water park with different attractions such as wave pools, rapids, kamikazes or the fantastic slides and flumes. For the whole family to enjoy. 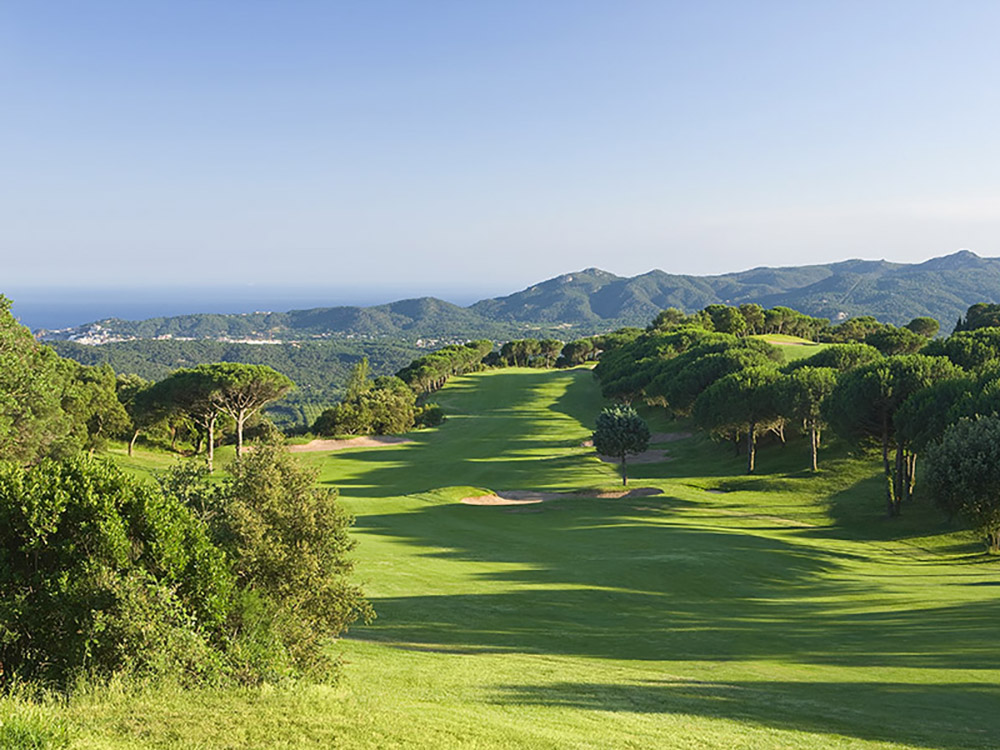 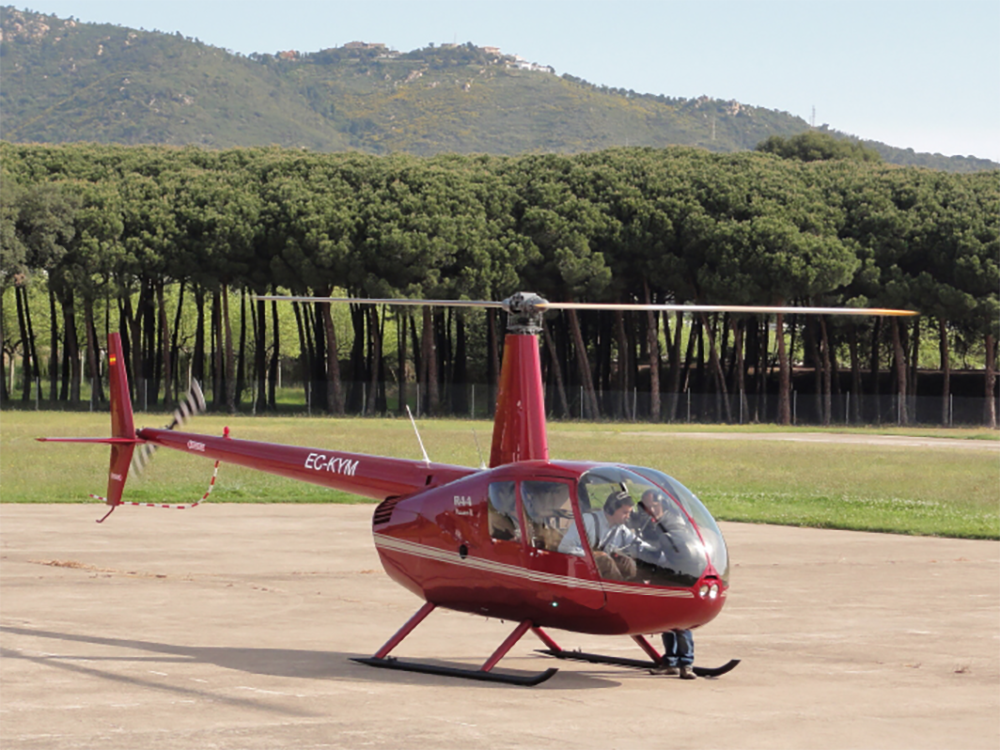